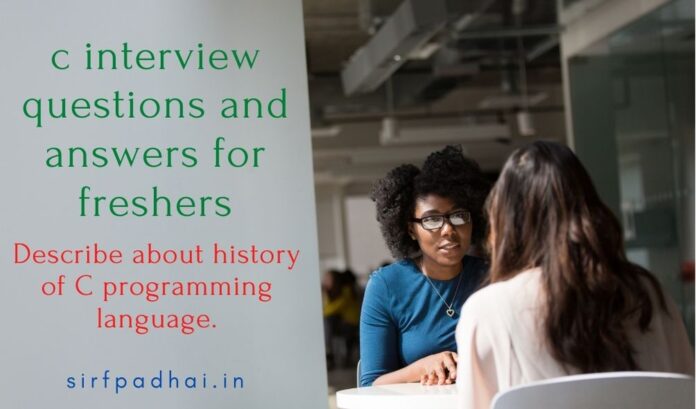 The C programming language was invented in 1972 by Dennis Ritchie at the AT&T Laboratory. C language is a language that was first developed to make operating systems. Over time, it was also used to make computer programs and software. Even before C language, many languages ​​existed like BCPL, B etc. But there was some drawback in these languages ​​which Dennis Ritchie had removed in C language.

The C programming language was developed in 1972 by Dennis Ritchie in the bell laboratories of AT&T (American Telephone & Telegraph) located in the United States.
Dennis Ritchie is known as the founder of the C language.

What is the difference between C and C++? |c interview questions and answers for freshers