Home Python Language Rolling Your Own Exceptions in python 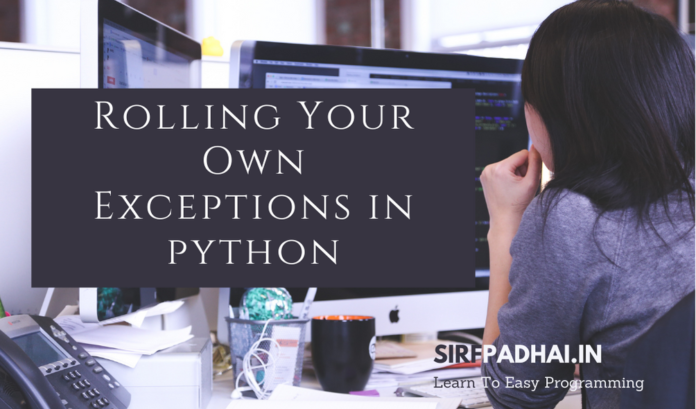 Rolling Your Own Exceptions in python

You can roll your own exceptions by creating a new exception class, which you should inherit from one of the system exception classes. Alternatively, for backward compatibility, you can also create a string-based exception, as in the following example:

Note that exceptions match against values, so raising a string exception but checking against the object still works:

However, it’s bad practice to rely on this, so you should instead raise one of the predefined error strings. To create class-based exceptions, create a new class, including any initialization information. You can then raise the exception, with any additional information, for parsing by an exception handler. The additional data collected by an except statement is extracted from the args attribute of an exception object, as in the following example:

You’ll be seeing some other examples of object/class-based exceptions throughout this book.