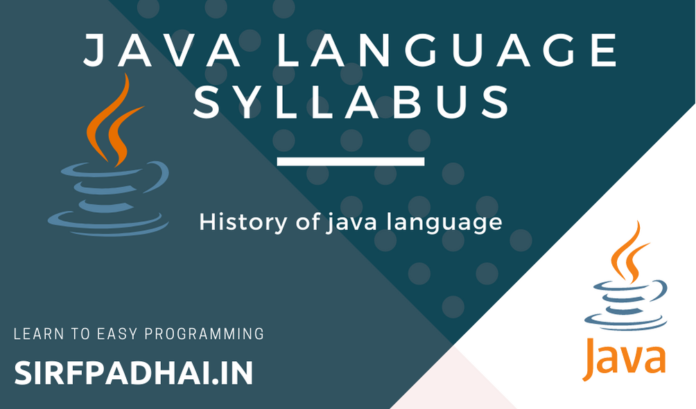 In this post we will know when java language was created and where and how to use it and let us know how much is the syllabus of java language.

Java was developed in 1991 by Sun Microsystem ink, which was later bought by Oracle. It was developed by James Gosling and Patrick Naughton. It is a simple programming language. Writing a program in Java programming is easy to compile and debug, along with this programming is also helpful in making any code useful again.

Java is used to create web-based programming, mobile applications, and software. All the operating systems of Android like KitKat, Lollipops, and Oreo have all been developed from this programming language.