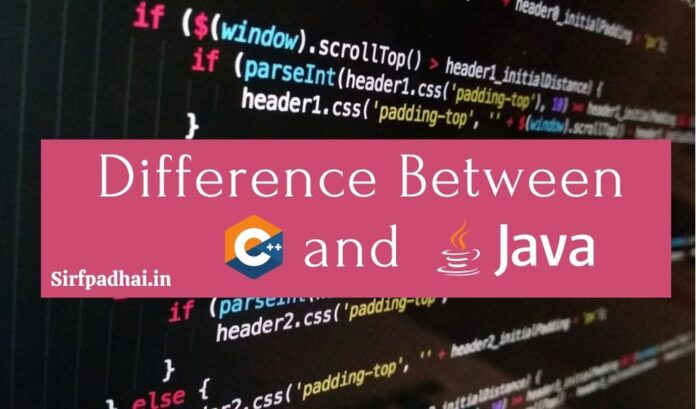 Hello Friends! How are you? Welcome again to sirfpadhai.in Friends, I told in the previous post that about the features of java but in today’s post I will give you information about Difference Between C++ and Java – What is the difference between Java and C++.

Difference Between C++ and Java

Difference Between C++ and Java

Key Differences Between C++ and Java

Virtual Keyword, Operator Overloading, Friend Keyword, Typedef Keyword are used in C++, whereas all these keywords are not used in Java, meaning that Java does not support all keywords.

Friends, I have told some differences about C ++ and Java in this post? Difference between C++ and java? I hope you liked this post very much, do share this post with your friends and also give your feedback as well.

If you feel that there is any mistake in the content provided in this post, then you should inform me immediately, I will try to rectify that mistake. thanks.