Home Java Language History of java | history of JAVA in a tabular form. 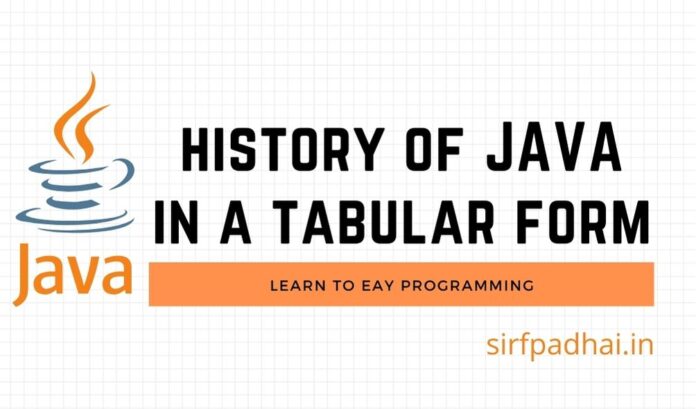 Let us show the history of JAVA in a tabular form.

Unlike most other software systems that usually settle into a pattern of small, incremental improvements, JAVA continued to evolve at an explosive space. We shall be studying the latest version JAVA 2 Platform Standard Edition with JAVA DEVELOPMENT KIT 5.0 (JDK1.4.2_0) IN THIS BOOK.