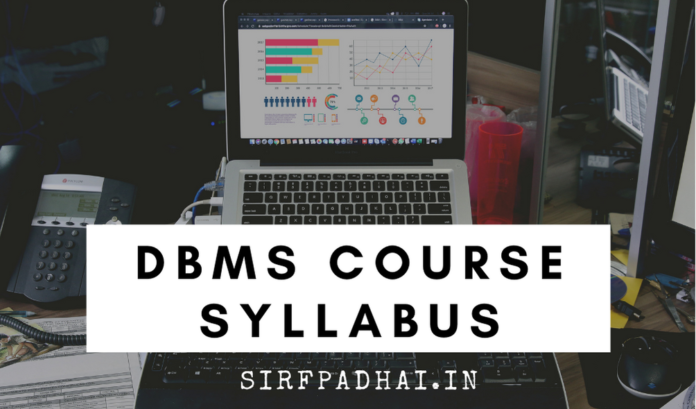 Database management systems constitutes an integral part of the curriculum of the undergraduate course in Computer Science and forms the process of software development life cycle (SDLC). Its study helps the students and software professionals grow as well-informed and responsible individual infused with necessary skill and aptitude so that they can participate and contribute to the process of development of backend applications.

This book has been developed with the aim to give general concepts of database. and practical applications of both Oracle and SyBASE-the enterprise class of relational databases. Codd’s path-breaking paper on the relational model and relational language resulted in a great deal of activities in commercial and research communities. Structured Query Language (SQL) is the outcome of the system R research project of IBM. In 1986, the first ANSI standard for SQL was approved. This standard was revised modestly in 1986 and significantly in 1992. It is likely to remain the only ANSI standard relational database language. Oracle has further enriched the capabilities of SQL and called it Procedural Language/Structured Query Language (PL/SQL). Sybase calls Transact-Structured Query Language (T-SQL) to its enriched SQL. Incidently, it was the Sybase which introduced the concept of grouping SQL statements into a single unit and called it Stored Procedure. These procedures are written programs compiled into the machine language and saved for repeated and more efficient execution. Input and output parameters can also be passed with defined stored procedure allowing development of modularized system.

Separate chapters have been devoted to the latest features such as dynamic hashing, replication, distributed databases, query optimization, and high-availability subsystem, which are strategically and tactically very important from the viewpoint of database performance, recovery, availability, and database administration. Legacy databases such as hierarchical IMS of IBM and network data model DBTG are also given due consideration.

Relational database management system offers a wide variety of features besides query language. These features include security, replication, query optimization and high-availability subsystem. System R, Oracle, and Sybase system, their architecture. SQL, PL/SQL, and T-SQL have been covered in this sirfpadhai.in with proper focus on their thematic inter-relationship in the relevant chapters of the website.

We are using a database Pub’ consisting of three tables: “Author’. Title’, and Author_Title. The procedure name start with the prefix pr. trigger name begins with prefix tr, and function name with prefix fn. All the variable names are written in Paseal notation, for example, titleid is written as Titleld. However, while defining variable names in the chapter on T-SQL, integer variables (int) are prefixed as ‘int’, small integer (small int) variables as ‘si’, and character variables (char) au chv. whereas the local variables are declared with prefix lel’ in chaptera on PL/SQL.. Hierarchical data model (Chapter 18) and network data model (Chapter 19) are implemented in COBOL, which uses upper case so the variable names while illustrating these models are written in upper case. SQL, statements are written in upper case, however, SQL itself is not case sensitive. The system stored procedures of Sybase and MS SQL server begin with prefix ‘sp’ and we use them in lower case. With each T-SQL statement or group of statements go or GO is required. In the book, we have used ‘GO’ (syntactically, go’ is also acceptable).

In the preparation of this book, several persons have contributed significantly. First of all, I want to thank my wife, son, and daughter for their immeasurable love and patience, which they have shown during the course of preparation of this book. My thanks are due to Mr. Darshan who has taken trial and tribulation to type the manuscript of this book and lifted my spirit whenever it was warning. Mr. Resheersh Jha and Mr. Sumeet Kumar Narang have tested the listings included in this book, they deserve my sincere gratitude. The staff of Prentice-Hall of India, viz, Mr. Rajan. Mr. Devasia, Mr. Shamim and Mr. Malaya Ranjan, have done an excellent job while editing the manuscript of this book. Their eyes are like a microscope, every word of the book is examined where sentence formation, case sensitiveness of words and their spellings have been examined minutely. They deserve lots of applause for doing this wonderful work.

The material in this book is taken from various sources: manuals of Sybase, websites, manuals of Oracle, etc. Efforts have been made to owe indebtedness to them. If acknowledgement to any material is left out, it is not intentional but accidental,

I hope the readers would find this humble endeavour as useful.